In this chilling and inventive documentary set in Indonesia, the filmmakers examine a country where death squad leaders are celebrated as heroes, challenging them to reenact their real-life mass-killings in the style of the American movies they love. The Act of Killing is an award-winning documentary directed by Joshua Oppenheimer and executive produced by Errol Morris and Werner Herzog. view the film trailer.

Oppenheimer and Jeffrey Winters also appeared on Worldview on WBEZ (91.5FM) the day of the event at Northwestern. Listen and read the Worldview interview.

The EDGS Act of Killing film event and lecture with Joshua Oppenheimer was covered by several Northwestern media:

Showing: The Act of Killing from Yvonne Kouadjo on Vimeo.

View photos of the event by Luthfi Adam and Chen Ming Cheong. 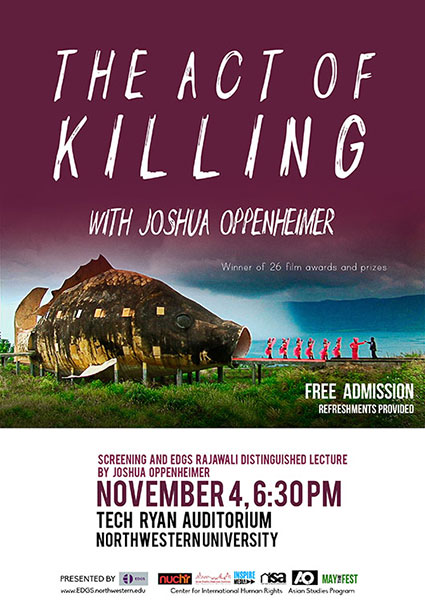