The 2015 Arryman Fellows arrive in Evanston on July 2nd. Norman Joshua and Sindhunata Hargyono will be non-degree graduate students in the department of History for the 2015-16 academic year and visiting scholars at the Buffett Institute. The Fellows will take the summer months to settle into their new surroundings and participate in Northwestern’s International Summer Institute (ISI). The ISI, held in August, is offered to international graduate students and provides classes and activities to help the students improve their English, get to know NU and Chicago, and develop friendships. 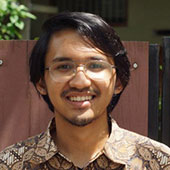 Sindhu graduated cum laude from the University of Indonesia’s Department of Anthropology in 2013. His bachelor’s thesis was on the ideological war carried out on Twitter between the supporters and opponents of the Jaringan Islam Liberal (JIL, the Liberal Islam Network). A version of his thesis was published in the journal Antropologi Indonesia. Sindhu’s interests include digital photography and film, open source mapping, and digital illustration. Although his training has thus far been in social anthropology, Sindhu also has a deep passion for the study of history. Revisionary history has the potential of reshaping views about and understandings of the present. Sindhu intends to pursue his doctorate at Northwestern University in the Department of History. During his first Arryman Fellow year he will explore the possibility of combining his interest in social anthropology with his study of history. 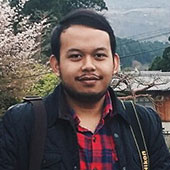 Norman graduated the University of Indonesia’s History Department in 2014. His bachelor’s thesis was on the role of Pesindo (Socialist Youth) in the Indonesian National Revolution, 1945 – 1950. He was the second prize winner of ISRSF’s 2014 Indonesian History Essay Competition. His essay was a very well researched and eloquently written study entitled “The Marshall Plan and the Mutual Security Program in Indonesia, 1948-1952.” Since graduating, Norman has worked as a writer and researcher at Majalah Loka, an online publication primarily concerned with historical, socio-political, and cultural issues in Indonesia. He intends to pursue his doctorate in History Department at Northwestern University. His plan is to research the early days of the Cold War, focusing on bilateral relations between Indonesia and the United States.