On behalf of EDGS and the Arryman Scholars Initiative, we are proud to announce that Luthfi Adam in History and Muhammad Fajar in Political Science have both successfully defended their doctoral theses.  They are the first Arryman students to cross the Ph.D. finish line and we are very proud of their achievement.  Warmest congratulations to Luthi and Fajar! 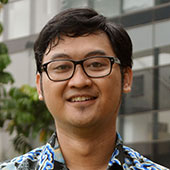 Department of History -- Chair: Haydon Cherry
Committee Members: Jeffrey Winters and Keith Woodhouse
Title: Cultivating Power: Buitenzorg Botanic Garden and Empire-Building in the Netherlands East Indies, 1745-1917
Abstract: This dissertation examines the role of the Botanic Garden at Buitenzorg, created in 1817, in shaping the practice of colonial agriculture in the Netherlands East Indies. It explores how Buitenzorg and its surrounding highland environs were an ideal place for botanical investigations and agricultural experimentation. The initial task of the Garden was to produce knowledge about flora in the Indies, especially its economic potential, and to acclimatize new crops. By the 1870s, the Garden had expanded its work with the construction of two branches, the Mountain Garden and the Garden of Economic Botany. In these gardens, botanists improved the quality of exported crops, educated colonial staff on new agricultural methods, and assisted in the expansion of colonial agriculture to outer islands by providing seeds and inspections. From 1883 to 1900, the Garden evolved into the most advanced research institutions in the Tropics. It held the most complete collection of botanical works in the tropics, an herbarium, a library, a range of laboratories, and facilities for international researchers. It also managed a growing network of experimental stations that not only spanned Java but also changed the island’s nature through knowledge production. As a result, the Garden emerged as an exemplar for other botanic institutions in Asia. It also fulfilled two important interests of the nineteenth century: the New Botany and methods of agricultural extension. This dissertation shows how the Garden’s scientists established the rise of economic botany by shifting their emphasis from collecting and circulating plants to improving plants’ commercial and scientific value. Based on archival sources and colonial scientific periodicals, it argues that the Garden played a significant role in building the Dutch empire in the Indies, and shaped how other European empires came to research, manage, and exploit the nature of their colonies. 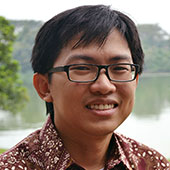 Department of Political Science -- Chair: Jeffrey Winters
Committee Members: Wendy Pearlman and Bill Hurst
Title: The Path to Preemption: The Politics of the Indonesian Student Movements during the Regime Transition, 1998-1999
Abstract: This study aims to explain variations in student movement successes and failures during regime transitions. Examining the 1998-1999 Indonesian student movement that helped end the Suharto regime, I argue that the degree of state repression, which, in turn, influences the degree of coordination and assistance from opposition groups and actors to students, determines the nature and extent of student movement success. I argue that apart from complete failure (collapse), there are three forms of student movement success: preemption, cooptation, and inclusion. The 1998-1999 student movement is an example of preemption, which refers to the adoption of some of their demands without the inclusion of students themselves into the Indonesian state. This partial form of success occurred because heavy state repression of other opposition groups and actors that students rely on as movement partners to achieve their goals weakened student capacities to achieve greater change. Students should be understood as powerful change initiators rather than societal transformers. They are most effective at testing regime strength and resolve, revealing weaknesses, and damaging legitimacy and defenses. To achieve maximum levels of success, students are highly dependent on opposition groups and actors to elevate their impact during transitions. Such strong coordination and assistance from the regime’s political opponents was not forthcoming in the Indonesian case, with the result that only preemption was achieved. I compare the experience of Indonesia to the student movements in the 1979 Iranian Revolution and the 1944 Guatemalan Revolution. The Iranian students followed the cooptation path (which, like preemption, is a partial form of success), while the Guatemalan students followed the much fuller inclusion path.